There are four US holidays that, as a native, I find difficult to fully celebrate.

Memorial Day is probably the most difficult of the four holidays to know what to do with. Memorial Day honors those who lost their lives fighting for the United States of America. Native people hold our veterans in very high regard. They are honored at nearly every Pow Wow, parade, council meeting and significant family gathering throughout all of Indian Country. The Choctaw Code Talkers, who fought in World War I even before natives were considered US citizens, and the Navajo Code Talkers, who fought in World War II before natives were allowed to vote in New Mexico and Arizona, were both indispensable to the Unites States of America in winning those wars.

Natives have served in Korea, Vietnam, Iraq, Afghanistan…and the list goes on and on. In fact, according to data released by the Pentagon in 2012 and the 2010 US Census, several media outlets reported similarly to what the Huffington Post stated, “American Indians serve in their country’s armed forces in greater numbers per capita than any other ethnic group.” And, in “2012 there were over 22,000 American Indians and Alaska Natives on active duty, and the 2010 Census identified over 150,000 American Indian and Alaska Native veterans.” (Huffington Post)

My father served in the Marines. I have many relatives, on both sides of my family, who served in other branches of the armed forces, fighting in numerous wars. Members of my Navajo clans even served as Code Talkers. I honor them and am grateful for their sacrifice.

But I also know that very rarely, if ever, are all aspects of war as simple as right vs. wrong, or good vs. evil. No country is pure. No nation is perfect. The human condition is that we are all conflicted—capable of both tremendous love as well as devastating hatred. And the United States of America is no different. Our history is broken. Our past, as well as our present, is blemished.

American Indians were not even considered legally human by US Courts until 1879. It wasn’t until 1924 that natives were legislated as citizens of this country. And prior to that legislation, most tribes were considered enemies of the US and inhumanely treated as obstacles to this nation’s self-proclaimed Manifest Destiny. The Indian Removal Act, Indian Boarding Schools, countless massacres, the Trail of Tears, the Long Walk, the Dawes Act, etc, etc, etc. All of these events were acts of war against our people by the United States of America. 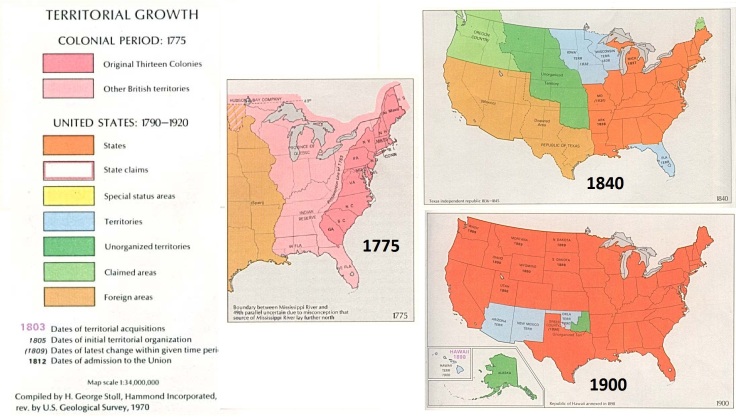 The appropriate words to describe this history are “ethnic cleansing and genocide.”

Over a period of 59 years the United States of America awarded 425 Congressional Medals of Honor for the genocide against American Indians, and the ethnic cleansing of this continent.

That is why Memorial Day is such a conflicting holiday.

Countries, and their leaders, tend to speak in terms of absolutes. And the US is no different. On Monday, in a Memorial Day speech honoring our country’s fallen soldiers, President Trump, in an overly broad statement, implied that all of our nation’s enemies are “evil” when he said, “We pay tribute to those brave souls who raced into gunfire, roared into battle, and ran into hell to face down evil.” And in a Tweet on the same day, Speaker Ryan stated that the USA is the “greatest force for freedom that the world has ever known.”

Well, the maps above, and at least 12% of the total Medals of Honor awarded by this country, do not support President Trump and Speaker Ryan’s broad, glorifying statements regarding our nation’s military history.

George Erasmus, a wise aboriginal leader from the Dene Nation says, “Where common memory is lacking, where people do not share in the same past, there can be no real community. Where community is to be formed, common memory must be created.”

This quote gets to the heart of our nation’s problem with race. As a country, we do not share a common memory. White Americans remember a history of discovery, expansion, exceptionalism and opportunity. And people of color, starting with (but not limited to) Natives and African Americans have the lived history of stolen lands, broken treaties, slavery, Jim Crow laws, ethnic cleansing, boarding schools, internments camps, exclusionary immigration laws, segregation, mass incarceration and racial profiling. There is no common memory, and I think pretty much everyone can agree that the sense of community in this country is markedly low.

I think it’s low because we don’t want the moral conflict or the social confusion. Governing is more simple when leaders can make, and citizens accept, broad assumptions and sweeping generalizations.

But our history is checkered, our past is blemished, and our sense of community sucks. This is why I long for the day when all Americans, regardless of race, are as conflicted as natives, and other people of color, regarding our nation’s holidays and memorials. Perhaps, instead of endlessly arguing about how great we used to be, and when we will be great again, we can instead devote ourselves to creating a common memory, teaching our actual history, and rethinking how we celebrate, memorialize and honor our nation’s broken past.